Donny (Robert Adamson) is a character in Princess Protection Program. Donnie has some history with Carter that is very important about his character and personality. Donnie once had a relationship with Carter since the 3rd grade but something happened and they broke up and Donnie actually liked Carter.

Suddenly he was Chelsea's boyfriend

When Donny met Rosie, he instantly fell in love with her or maybe he just likes she for her attractiveness and wanted to be her boyfriend and prom date to the Lake Monroe High School Prom. But Rosie saw in Donnie that he was not a good guy so, she blew him off. Donny came to the Lake Monroe High School Prom to try to see if he could catch a glimpse of Carter and Rosie. Donny found Carter, and told her, do you want to be my girlfriend, and Carter basically blew him off just like Rosie. Then Donny was hurt and felt like a loser of what had happened to his life at this time. But he did clap for Rosie and Carter at the prom when they won. So, Donny is not that great of a guy, he just needs to work on his problems and respect Carter and others to become a better, nicer guy in way

Donny first appears as a standard Prince charming: handsome, tall, sociable, confident, and flirtatious. However, he can also be quite self-centered, smug, proud, and arrogant. He is shown to have forgot Carter's name several times, despite the former's interest. When he first encountered Rosie, he attempts to flirt and tries to go out with her, showing that he only cares for his own self-image and is willing to side with the popular girls, Chelsea and Brooke. It's not until the homecoming dance, that Donny finally remembers Carter, but Carter realizes his true colors, and turns him down.

In a way, Donny is the opposite of Ed (we love Ed), being more nice, less arrogant, and thoughtful of Carter. 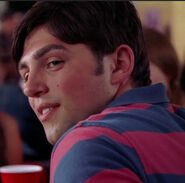 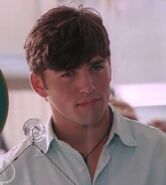 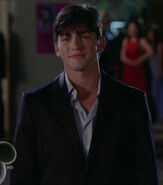 Add a photo to this gallery
Retrieved from "https://princessprotectionprogram.fandom.com/wiki/Donny?oldid=4682"
Community content is available under CC-BY-SA unless otherwise noted.